Friendship is free.  We all know that, and it's well-organized on FB.
Whoever thought a friendship organization service would be so successful?

Many would say that flipbooks would not be successful, in a world full of iPads, computers, phones...  But I believe that now is the time to remember books.  We are very reliant on this web of information for our news about what's happening.  It's only been available to us for less than 2 decades.  But books have been around since the invention of paper by the Egyptians.

Earlier people wrote on animal skin, and it's no wonder we don't know what they wrote, because it didn't last for long.  However, the cave paintings have still lasted, and prove to stand the test of time, describing that the first scribes were actually just old-school graffiti artists.  Nobody owned caves, at that time, but now it seems that everything's owned.  We couldn't have a La Croix nowadays because there's just not enough space.  All the roads need to be paved, and you might think that art is just frivolous stuff to be forgotten and cast aside while we take in stride this 21st century wild ride.

Flipbooks cannot be denied!  We subjugate our lives to the CGI while the actual events that define our existence get swept under the rug of irrelevance.  Find a way to encapsulate your thoughts into neat little orange notebooks that you bought, and then you can show them to your friends.  Just don't get caught writing one that contains violence or nobody will want to see your thoughts!  They'll think you want to see that sort of thing.  Keep it clean, and be a mean lean flipbook machine.  Eat more stringbeans than jellybeans, and less jelly donuts than a bunch of old robots.

The new robots run on coffee...  The old robots ran on JellyBeans.  It's a fact. 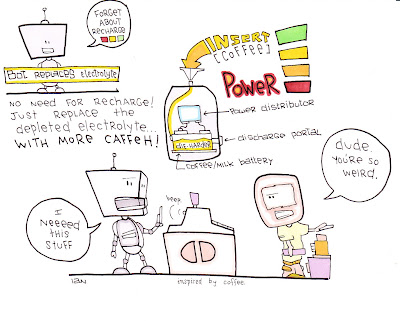 Other Topics on This Site

I want a copy of: